Q&A: Does H&M Franchise in the UK? 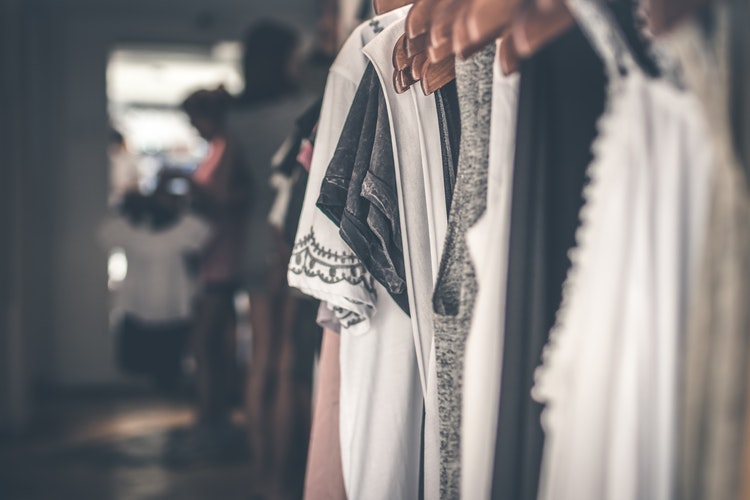 H&M group was first launched in 1947 with the opening of a womenswear store called Hennes in Västerås, Sweden. It has undergone extensive development since then, to become one of the worlds most recognisable fast fashion businesses today, with 117,000 employees and more than 4,900 stores in 71 markets. The clothing business owns a number of brands, including H&M Home, COS, & Other Stories, Monki, Weekday, Cheap Monday, ARKET and Afound. And as a fast fashion business, its incredibly popular among trend-conscious consumers across the world. But does H&M franchise?

According to H&M, franchising is not part of its general expansion strategy. The majority of its stores are run directly by the company, with the exception of some markets, where it collaborates with franchising partners for regulatory reasons. In other words, H&M opts to run its stores itself, and employs franchisees in certain countries in order to follow local procedures.

In 2006, the first H&M franchise stores opened in the Middle East and, in 2008, H&M established a franchise agreement with Match Retail for H&M stores in Israel. Rolf Eriksen, H&Ms CEO explained that this would allow them to benefit from Match Retails franchise experience and business network in the Israeli market.

At the moment, H&M is also working to make sure that all consumers can access its products online. In 2018, H&Ms online store opened in several new markets: India and  through franchising agreements  Kuwait, Saudi Arabia, the United Arab Emirates and China. Next, the company hopes to use the franchise model to expand its online reach into Mexico and Egypt.

In the UK, the fashion industry is worth £66 billion and there are around 555,000 people working in fashion and textiles across the globe  the equivalent of roughly one in six people. The amount of clothes we buy worldwide has risen by 400 percent in 20 years, and currently stands at 80 billion items per year.

Advanced marketing campaigns and the availability of online shopping have contributed to this huge industry  and it shows no signs of slowing down. Whats more, there are always new trends and ideas just around the corner, making fashion an exciting field to be a part of. The statistics demonstrate that its a great time to join a fashion franchise, so, if you invest in a profitable business model, you could be a successful franchisee in no time.

For example, although the H&M franchise is a fast-fashion brand, it takes measures to avoid mass-scale waste when clothes and textiles are discarded and end up in landfills. In 2017, the store collected over 17,000 tonnes of textiles  which is equal to the weight of 89 million t-shirts.

It also encourages its customers to drop off any clothes and textiles they no longer want, so they can be retailed as second-hand clothing, transformed into new products or recycled. In the future, H&M aims to keep investing in technological strategies to be able to reuse and recycle all its textile fibres. The company states: Innovation is the key to achieving full circularity.

Focussing on environmental issues will be incredibly important if fast fashion retailers want to maximise their customer pools. So, keep a lookout for companies that prioritise sustainability  not only for the sake of your profitability, but for the planet too.

Although you may not have heard of Arcadia Group, its actually the parent company of many famous British retailers. It owns Burton, Dorothy Perkins, Miss Selfridge, Topshop, Topman and Wallis.

It goes without saying that Arcadia Group owns countless stores in the UK, but it also operates 1,170 stores in 36 countries outside the UK too. It employs 19,000 people across the globe and has big plans for the future. To find out more about its current franchising opportunities, get in touch with the fashion franchise directly.

You dont need to have lived in the UK long to have heard of Debenhams. Its a huge clothing store brand that has been franchising since it opened its first franchise store in Bahrain in 1997. Today, it operates 57 stores across 20 countries outside of the UK  most recently, in Gibraltar and Australia.

At the moment, Debenhams has a new international web platform that allows consumers in 60 different countries to purchase its products. Its also working to expand across Eastern Europe, the Middle East and South East Asia. If you want to help bring this highly recognisable fashion franchise to new territories, get in contact with Debenhams directly today.

If you want to put sustainability first in your business venture, you might want to look into Noa Noa  the only fashion franchise in our directory. This one is aimed at the modern, bohemian woman and designs its slow fashion pieces in Denmark. It has a large global presence, with over 180 concept stores across 20 countries, and could be a very lucrative franchise opportunity.

Now, Noa Noa is on the hunt for new franchisees who share its ethos. It has put in place an initial franchising process that will support franchises as they become part of the team. At Noa Noa, franchisees are treated as individuals, as the clothing brand values the importance of its franchisees feeling like part of the family.

Being part of Noa Noa means there will always be training and support available. In return for the investment, the fashion franchise will also provide seasonal materials and packaging, training from the visual merchandising team, staff training, market planning and purchasing analysis. A total investment of between £50,000 and £100,000 is required by potential franchises, and there is a five-year contract, with scope to extend in the future. Click here to find out more and get involved.

For more information about running your own business in the retail sector, read our article: How much does it cost to start a retail business?

Article published on 25/09/2020 07:21
FOCUS ON BUSINESS SECTORS
Did you enjoy this article? Please rate this article
Average rating 4.75/5 based on 2 vote(s)
These franchises may interest you

Punch Pubs & Co has over 1200 unique, high quality, lease, tenanted and management partnership pubs across the [...]

WALX is about to breathe new life into the fitness and wellbeing industry. Drawing upon more than 100 years [...]

Im interested in connecting to someone who could provide me with franchising details for H&M, to Open an outlet in the Maldives.