City Spotlight: A Quick Guide to Franchising in Manchester 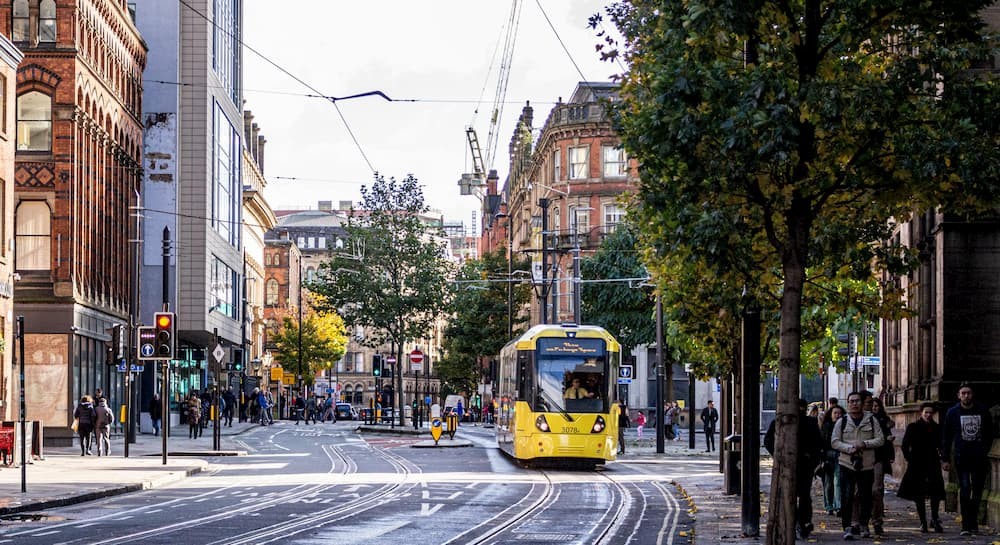 Considering Manchester for your next business venture? We’ve compiled a quick guide to the city, so you can find out about everything it can offer prospective entrepreneurs. Keep reading to find out more about business ownership and franchising in Manchester.

If you’re looking for a region with impressive infrastructure and a huge pool of skilled workers but lower prices than London, Manchester could be the place for you. It’s the UK’s biggest city after the capital, with a £62.8 billion economy.

It also provides jobs for more than 1.3 million people and has the highest number of foreign students in the UK. Manchester is a multicultural city, with residents speaking over 200 different languages across the region.

An overview of Manchester

More than seven million people live within a one-hour drive of Manchester, giving the city’s businesses easy access to a huge pool of potential employees. They also benefit from the area’s five universities, hosting more than 100,000 students, 14,000 of which study STEM subjects. Every year, over 36,000 graduates leave educational institutions across Greater Manchester, but over 60 percent of them remain in the North West for work. And 46 percent stay in the city itself.

Manchester residents have an average age of 36.4, almost four years lower than across England & Wales. And 66.5 percent of people are of working age, compared to 62.3 across the rest of the country. Salary figures are just £100 per year lower than the national average, at £38,500, but wages differ from region to region. Bury’s population sees an average income of £31,200, while Salford residents enjoy £40,700 per year.

Property prices, in comparison, are much lower than the £300,000 average in England & Wales. Homeowners spend around £204,000 and live in households of 2.37 people on average.

Manchester also has one of the UK’s biggest airports, used by over 27 million people annually, offering flights to more than 210 cities worldwide, including Dubai, Hong Kong and San Francisco. And if you need to get to London, you can get there in around two hours by train. Departures are scheduled for 20-minute intervals.

The city has proven to be a huge draw for some of the world’s biggest companies. Across Manchester, you’ll find more than 2,000 foreign businesses, including Google, Amazon and Kellogg’s. Of course, it’s also home to many notable British brands, such as Jaguar Land Rover.

Running your own business in Manchester

If you’re interested in franchising in Manchester, it’s worth finding out about the region’s most profitable industries. Here are some of the city’s biggest sectors:

Widely regarded as one of the best cities in the UK for business, Manchester is a fantastic place to launch a franchise unit. There’s a huge range of options across some of the region’s biggest industries, particularly in technology, business services and healthcare.

What’s more, there are plenty of business resources based in Manchester to support entrepreneurs to reach their targets. For instance, the Northern Franchise Exhibition is often held in the city, giving franchisees the chance to gain insight from other thriving business owners and network with like-minded people.

If you think Manchester could be your ideal location for running a franchise unit, you can start taking the path to entrepreneurship today by browsing the available partnership options. See our full list of opportunities for franchising in Manchester to get going.

Alternatively, you can find out more about the role of a franchise investor by reading our other become a franchisee articles. We have a range of franchise guides and resources to help you build your dream business.

City Spotlight: A Quick Guide to Franchising in Birmingham

If you’re looking for your next lucrative business opportunity, [...]

City Spotlight: A Quick Guide to Franchising in Liverpool

Thinking about running your own business in Liverpool? The city has much [...]

City Spotlight: A Quick Guide to Franchising in Manchester

Considering Manchester for your next business venture? We’ve [...]

Franchisee training can be tricky. New investors expect to be taught [...]

How to Build an Effective Franchisee Training Programme

Franchise Perspectives: Why the 2020 Holiday Season Could Actually Be Good for Your Business

Lots of business owners are wondering how to navigate the 2020 holiday [...]