6 Perks of Being a Football Coach 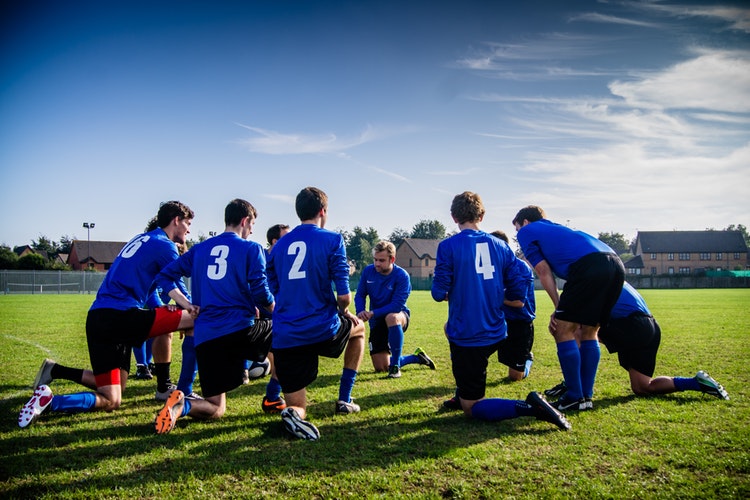 You dont need us to tell you that football is an incredibly popular sport, not only in the UK, but across the world. In England alone, 44.7 percent of 11-15 year olds participate in it at least once a month and 2.1 million men play the game at least twice monthly.

This bodes well for the football coaching sector in the UK. Those who enter it benefit from huge demand, with parents sending their children off to sports classes every week. If youre an avid footie fan, this is your chance to turn your hobby into a career. Whats more, there are a variety of perks to becoming a football coach. Read on to find out more about this coaching sector and why you should consider joining it.

The football coaching sector in the UK

Football is probably the most popular sport in the UK  and a regular weekend activity for many people. While a large proportion of children are involved in football matches up and down the country, adult participation figures have declined in recent years.

However, there are two reasons why this should not concern would-be football coaches. First and foremost, the vast majority of football franchises deliver classes for children and, as weve established, youth participation has remained stable. Secondly, the drop in adult participation in the traditional 11-a-side form of the sport is occurring alongside growth in other variations of the game. Five-a-side, futsal and walking football are all becoming more popular.

Also, perhaps most importantly, the overall decline in male participation ignores a significant rise in the number of girls and women taking up the sport. This will be a vital new market for football businesses in the future.

Why join a football franchise?

In the UK, the Football Association offers coaching courses, badges and certifications to people who want to deliver training sessions. However, acquiring these badges can be expensive and time-consuming  and theres no guarantee of a job at the end of the process.

This is one of the main reasons why more and more would-be football coaches are opting to pursue their dream by joining a franchise. Not only are coaching qualifications not required, but franchises provide entrepreneurs with an immediate income and a means of supporting themselves while learning on the job.

Becoming a franchisee also gives coaches the opportunity to launch a business with enormous growth capacity. Once a franchise has reached its potential in one area, you can use your newly acquired experience and knowledge to launch a new unit in another territory.

The nations favourite sport? Almost half of 11-15 year olds play football at least once a month

Perks of being a football coach

Lets get onto the perks of becoming a football coach. There are plenty of reasons why you should consider applying to become a franchisee today, but here are just six of them:

Youll watch your pupils get better at football, but being a coach is so much more than this. Football is a massive part of many childrens lives, and something they get a lot of joy out of. Many of the children that take part in your classes will go on to develop a life-long love of the beautiful game, attending matches and maybe even taking their own children to coaching sessions further down the line. Youll know that you first taught them to play football and helped nurture their fondness of the game.

2. Youll be doing something for the community

While you might think of your football classes as just one activity in a sea of extra-curricular sessions, the reality is that football is hugely important to many children. As a result, after-school or weekend football coaching sessions play a vital role in the community. If there are only a small number of football clubs in the area  or if youre the only one  you will have an incredibly influential role.

Football clubs are also valuable because they encourage youngsters to play with friends outside of school. If it wasnt for the classes you run, they might find other ways to amuse themselves and risk getting into trouble in the local area.

3. You can do something you love

If youre interested in becoming a football coach, were assuming you like football. This business opportunity is particularly great because it enables entrepreneurs to make money doing an activity they love. Not many people can claim to spend their working days doing a personal hobby. Also, becoming a coach will force you to improve your technique even further and help others develop the love for the game that you have.

4. You will maintain your fitness

Do you ever wish you had more time to spend at the gym, improving your health? If you start a football business, youll be up on your feet for hours at a time. This will inevitably improve your fitness and allow you to get some exercise without having to go to the gym  and all while making money.

Remember, becoming fitter doesnt just have an impact on your physical health; it should improve your mental wellbeing too.

5. You will improve your own skills

To be a successful football coach, youll need to be able to communicate effectively with youngsters. Most children dont respond well to being shouted at, so youll need to develop your communication skills and learn to be encouraging but firm.

There will undoubtedly be times when you lose your temper, but you must have patience and problem-solve if there are disputes between children. You will also be prompted to get creative with coaching methods, as the same old warm-up routines and practice sessions can get dull pretty quickly.

6. You can spend time with your own children

If you have children, you will probably find it difficult to spend enough time with them while you set up and start running your own business. Even franchise units often demand early mornings and late nights, especially in the early stages. But with football sessions, you can have quality time together while coaching them as part of a team  as long as they like football!

Kick off your football coaching career

If you want to become a football coach in the franchising sector, youll need to find yourself a franchise. To take the next step in the process, read our Top Football Coach Franchises in the UK article.

Its very important that you choose the right legal business structure for your [...]

Management Styles: Are You a "First-Time" Franchisor?

Are you thinking about franchising your business or in the initial stages of becoming [...]

Certax Accounting is an Accountancy Franchise that will enable you to operate your own Accountancy Practice [...]

Tutor Doctor is a leader in providing one-on-one supplementary education to students & adults through offering [...]

Buying a franchise is a great way to reduce risk in business ownership as you will be buying proven systems [...]