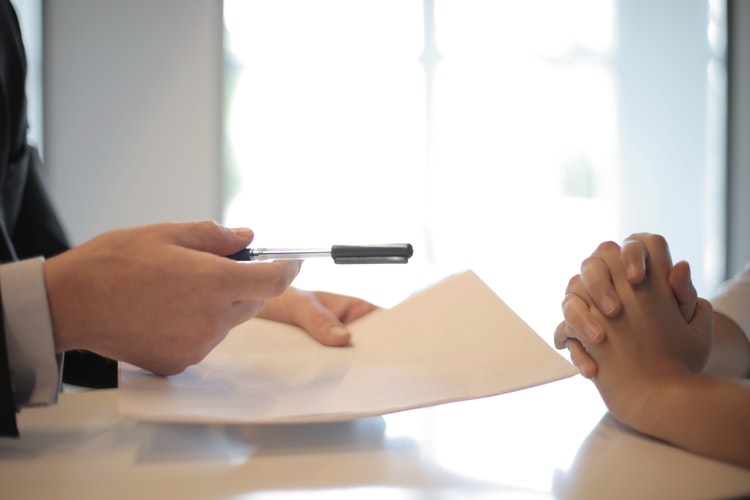 Tough times have the potential to uncover the ugly side of every relationship – including the one you’ve got with your franchisor. But if you’re not familiar with franchise law or proper conflict resolution tactics, it can be tricky to resolve disputes with your franchisor, legal or not. In this article, we’re going to discuss the best ways to resolve legal issues in franchising.

Franchises across the world have had to temporarily shut their doors and many franchisees are still unable to trade due to government-ordered shutdowns. Besides the obvious financial problems any unusual situation can cause, hitting pause on normal life might also have uncovered some of the rare, but potentially worrying legal issues of franchising.

It’s important to note that the overwhelming majority of franchisors will be fully supportive through hard times, and most franchisees will have no problem resolving any small issues. But if you’re concerned an uncertain climate has uncovered deeper cracks within your franchise relationship, it’s important to get trustworthy legal advice before the problem gets worse. Here are our five top tips for resolving franchise legal issues when times are tough.

Before you take legal action

Before you jump in with legal action, you need to think about whether you’ve actually got a case first. We’ve highlighted the top five issues to consider when it comes to franchise law, but it’s important to remember there are no dedicated laws or a government body that regulates franchises in the UK. The bfa, the country’s most respected body designed to protect franchises and franchisees, is a self-regulatory one. While its aim is to make sure franchising as a whole is a positive experience for the UK’s entrepreneurs, it has no legal power to take action on bad franchises that haven’t chosen to join its network.

However, general UK law can apply to some franchise disputes. Let’s say you’re concerned your franchisor is going to end your franchise agreement early due to lower than expected turnover. You could claim that the franchise’s financial potential was misrepresented and that you signed your agreement on a false basis. Whether you’ve got a legal case will vary massively from person to person, so it’s impossible to generalise.

But if you’ve just decided a franchise isn’t working for you, and you’d like to end the agreement without paying, you probably won’t have a leg to stand on. Most franchises explicitly state that there’s a penalty if you terminate your relationship early, which you should’ve checked for when signing the franchise agreement.

It’s crucial that you find a lawyer or solicitor to help you sort out any serious troubles that crop up during your franchising journey. You should already know a solicitor who understands the complexities of franchising, as you should’ve enlisted their help to review your initial franchise agreement.

But if you’re in a fix right now, we know that’s not helpful advice. The bfa has a list of its approved legal partners, all of whom have decades of experience in the world of franchising. Alternatively, a quick search will show you where the best franchise law experts are in your area. Many offer free, or very affordable, initial consultations where they can give you basic advice. In some cases that might be all you need to sort out your problem. Even if more extensive legal action is needed, a consultation can give you a better idea of the process needed to reach a resolution.

Litigation can be extremely costly and mediation is a more affordable way to sort out legal problems. An impartial third-party, usually a specially trained mediator, will sit in on a meeting between you and your franchisor and help guide you to a resolution. Mediation can get things sorted without dragging your case through the courts where, considering that many aspects of franchising aren’t protected by law or rely on the judge’s subjective interpretation, you’re not guaranteed a good outcome.

You can also set up a mediation-style meeting between yourself and your franchisor if you’re confident you can sort things out. Sometimes, all it takes is a grown-up conversation to work through issues, particularly if there are exceptional circumstances at play. You could bring along a trusted business associate or ask another franchisee to sit in on the conversation, who can step in if tempers start to flare. Always record your conversation (with the other party’s permission) or make detailed notes in case you do need other legal advice.

Even though mediation can help you come to an agreement, you might need to follow the session up by speaking to a solicitor. If your franchisor has agreed to a certain course of action, you must get it officially in writing or you risk them going back on their word. Just mentioning something during your mediation is no legal guarantee it will happen.

If you’re struggling with your finances, paying for a solicitor’s time is probably out of the question. Even though legal disputes feel very intimidating, it’s possible to take matters into your own hands. Read through your franchise agreement again and pay particular attention to the wording of the section relating to your problem.

Many franchise agreements will include a ‘force majeure’ clause, which covers issues beyond the reasonable control of both parties (like a pandemic) that stop you fulfilling your contract. Some force majeure clauses only protect the franchisor, while others may only protect the franchisee (the latter is less common). If appropriate, the clause can temporarily adjust what your franchisor expects of you and stop you breaching your franchise contract.

Goldstein Legal, a bfa affiliate law firm, explained how force majeure could reasonably be applied to a debate around a coffee shop franchise.

“[Let’s say] a busy coffee shop franchise in a London Tube Station had purchased its regular amount of coffee beans and then the government advises everyone to work from home. If [the franchisee] can enact the force majeure clause, they may be able to cancel the order as the event happened outside of their control.”

It is a complicated issue and Goldstein Legal notes that “force majeure has no set definition in common law”. You may still need to head to the courts and rely on a judge’s ruling, which could go against you.

Even if this approach fails, or your franchise agreement has no force majeure clause, English contract law contains something called the ‘doctrine of frustration’. Frustration can apply when you can’t carry out contractual obligations due to events out of you and your franchisor’s control, and only if your contract doesn’t include any information about what is expected in exceptional circumstances. Goldstein Legal says frustration can apply in situations such as being stuck in another country due to government-imposed travel restrictions, meaning that you physically cannot carry out your work as a franchisee.

Once again, it’s a complex area of the law and not one we’d advise you tackle your franchisor on alone. However, being better informed on your legal and contractual rights before you enter even informal discussions will stop your franchisor taking advantage of you and help you get a good result.

4. Speak to other franchisees

You’re probably not the first person to have a disagreement with your franchisor, particularly if you’re part of a large network, so other franchisees are going to be a useful resource. They could explain how they resolved a similar issue and advise if you need legal help or not. What’s more, if you’re going it alone, other franchisees may have already done the hard work of checking through the franchise agreement.

Also, in exceptional circumstances, much of your franchise’s network probably has the same complaint. Broaching the subject together and acting as a unit will make you stronger and could persuade your franchisor to act in your favour, without the hassle or cost of legal action.

Sometimes, it becomes clear that bad circumstances have caused a franchise relationship to sour beyond all repair. In these cases, it might be better to walk away from the agreement. Though it can be costly and should only be your last resort, it can be for the best if you’re locked in a fundamental disagreement with your franchisor.

Once again, it’s very unwise to attempt to leave your franchise agreement without the help of a solicitor. If you really don’t have a way of working with a solicitor, comb through the agreement and find written evidence to support your case, and record or document any communications you and your franchisor have to back yourself up if litigation becomes necessary.

We hope you’re able to find a resolution to tricky legal issues at a time like this. If you need more advice on all things franchising, we’ve got plenty of articles covering topics from starting a business to selling your franchise on.

What Happens at the End of the Franchise Agreement?

If you’re coming to the end of your franchise agreement, [...]

The Go-To Guide for Maintaining Your Franchise's GDPR Compliance

Collected data can be a great asset for a business, but keeping customer [...]

10 Franchisee Rights Under a Franchise Agreement

Franchise agreements often seem to be weighted in the franchisor’s [...]

Business Doctors is a company dedicated solely on serving other small and medium-sized businesses by [...]